Being Present with Carson Teal 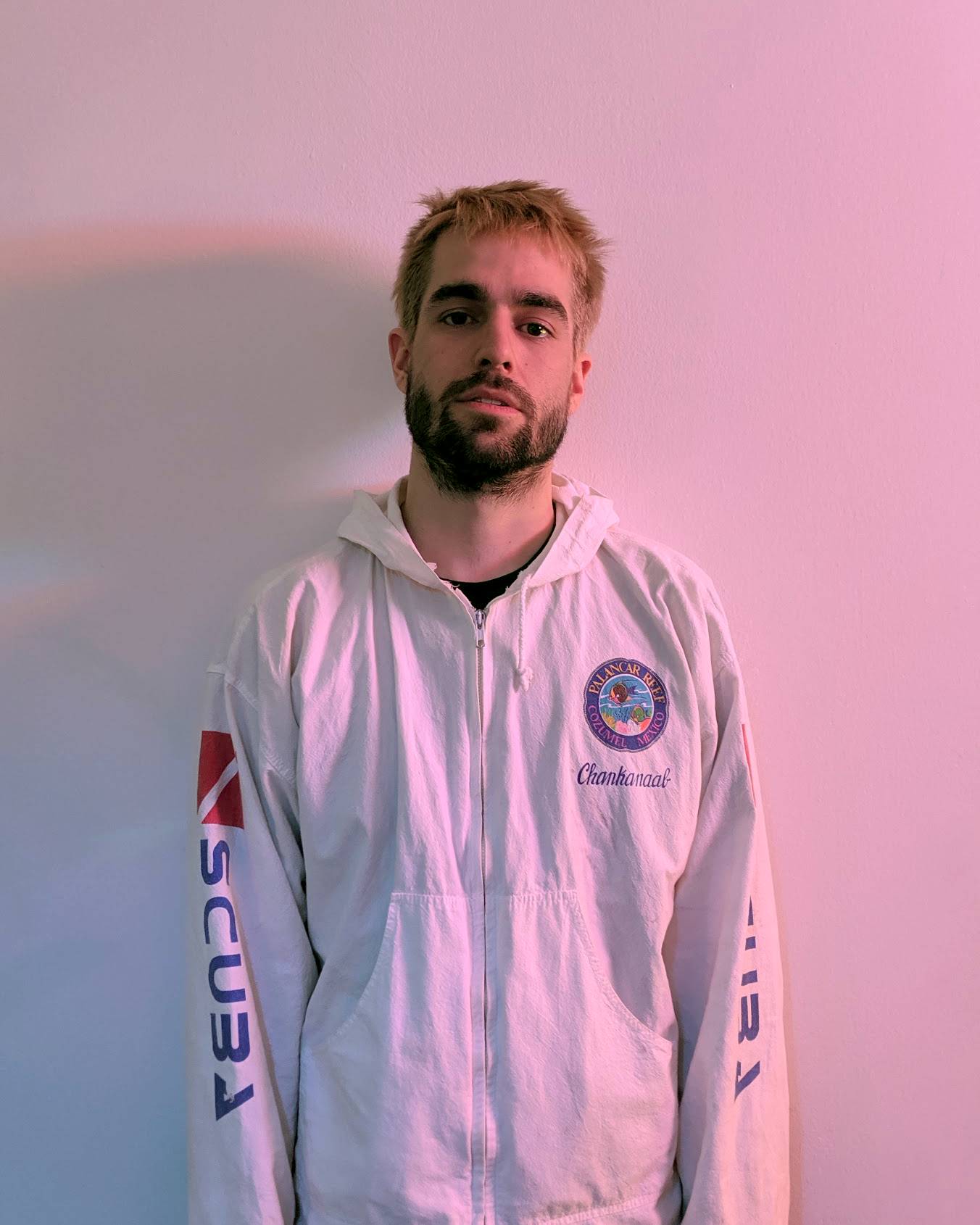 It has been over two months since the switch was hit and our lives were irrevocably changed. As we have been forced out of our daily routines, and challenged to move forward despite the uncertainties, this is the opportune time to look to artists and their work. Artists have always provided a meaningful path through our psyches, guiding the way we think and feel and by extension, act. That is why I was truly gratified to interview Carson Teal about his new exhibition, pri•ma ma•te•ri•a, that opened at Mirror Mirror Gallery on May 15, 2020.

As I started the interview, I noticed that Teal was surrounded by beautiful green plants. He explained that in spite of the precarious state of the world, he was feeling calm and collected quarantining in his home. Teal has taken this time during lockdown to reexamine his life, and reflect on where he is and what he is doing. Based in Toronto, he is a multidisciplinary digital artist working in sound, video, 3D animation, light and installation. He studied painting and drawing at OCAD University, and he continues to take a painterly approach to making his work today. He explained, “I obsess over colour and composition a lot. When I’m happy with a work it’s generally because it has a balanced composition, or the colours harmonize in a way that a painter would talk about.” He reflected that even when he creates installations, he wants his viewers to walk around the space and immerse themselves within it, while activating a feeling that they are inside of a picture. While many of his works are asymmetrical, he weaves various elements together to create a rewarding balance. I am struck by how clear his vision is.

The feeling of desire, and specifically the desire to hold something in our hands, feels even more poignant in this moment when so much is out of reach, and cannot physically be felt

The title, pri•ma ma•te•ri•a, references the primal matter of the universe, while pointing towards Teal’s digital, hybrid-objects. The exhibition is divided into four different series. The first, Index of Imperfections, is for Teal, his strongest recent work. It sets up the tone for the show. The second series, Archive, showcases his process, breaking down his works to their simplest forms, one material, one layer, one component. The third series, Convenience, Teal described as voids with black backgrounds.

In his artist statement about the work he writes, “These products remain as mockups, not physically possible in the real world, yet they leave the viewer with the desire to hold them in their hands.” The feeling of desire, and specifically the desire to hold something in our hands, feels even more poignant in this moment when so much is out of reach, and cannot physically be felt. The last series, Endlessness, is composed of time-based animated works that Teal explained are the culmination of the various strands of the exhibition. In a physical gallery, this series would be the last space viewers would enter.

Teal’s work transcends time and space. He employs repetition, loops, reflectors and mirrors in order to achieve a visceral experience. The majority of the work is created in Cinema4D, a 3D modelling software allowing for hyperreal renderings. His process involves collecting objects in the real world, scanning them, bringing them into the 3D software, manipulating them further, and weaving in digital materials. Once rendered, he brings them into Photoshop and adds detailed drawings. It is hard for the viewer to distinguish between what is real and what is not, what has been digitally created, and what has been taken directly from a photograph. Teal points out the irony that in spite of the complexity of his process, the work lives simply as a digital file, an immaterial object. In this way, the physicality of the work echoes the message within, questioning what is real, what is digital, and what is physical.

These works were created before the lockdown. But it is hard to ignore how prescient they are. They provide unique landscapes for our imaginations to wander. With many visual access points to follow, the pieces ask us to be present in the moment, and to reflect. Even to breathe. In this process we are able to ask ourselves the hard questions that Teal has been asking himself all along, “Am I living the life I want to be living and content with what I’m doing?”

Teal’s work, and especially the series Index of Imperfections, recalls Salvador Dalí and his surrealist painting, The Persistence of Memory. Though responding to an entirely different global crisis, the anxiety present in Dalí’s work mirrors the anxiety afflicting us right now. As an active observer himself, Teal explained the importance of remaining sensitive to the collective energy of the moment. “The machine has been halted, and the system in which we exist is changing. When I make work, I want to connect with other realms and other places. By creating images and videos that reflect things and places that don’t exist, I’m trying to get in touch with immateriality. I try to reflect the part of life you cannot physically touch. It’s a spiritual approach.” While Teal does not practice religion, he meditates regularly, and even said that he once considered becoming a monk. It is this meditative approach that is felt in Teal’s work.

Teal’s spiritual connection to plants now guides his day job. He works part-time for a company that installs and maintains plants in private spaces, riding around the city carrying a watering can on the back of his bike. Since the lockdown, the plants under his care live in eerily abandoned spaces. He finds the job extremely fulfilling. Teal explained, “Plants in general have been a constant inspiration for me. Nature too. Plants move at such a slow pace, they’re the slowest of slow. You look at them and they’re not moving, but actually they’re growing all the time.”

“This is an exciting time to be alive, regardless of the difficulty and the stress and the tragedy”

We are currently living through immeasurable changes in an unsettlingly constricted timeframe. But in spite of the trauma, this can be an invigorating time to be alive. We can create the world we want to live in, and that is what Teal is doing.

“Art is everything,” said Teal with palpable hope. “This is an exciting time to be alive, regardless of the difficulty and the stress and the tragedy. There is a lot going on but I am very grateful to be living through this. This is by far one of the most interesting times.”