Shapeshifting Through Time with Kendra Yee 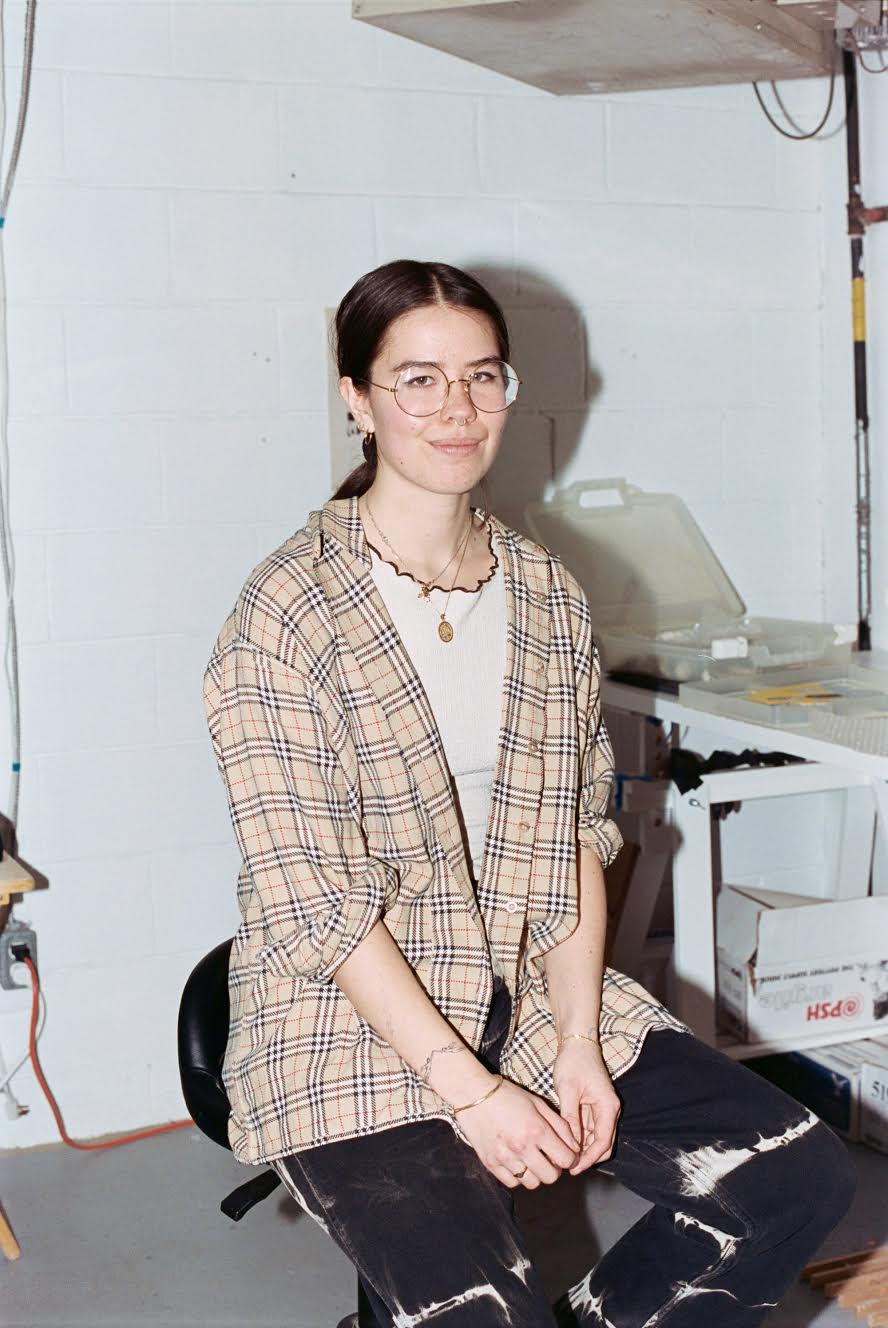 A Glittering Gem Is Not Enough is a planet I want to live on. It’s fantastical, supernatural, and intent on revealing the potential of a world beyond formal limitations. Toronto-based artist Kendra Yee envisions a landscape of sculptures as an animated archive, allowing them to glitch into live stories. Memories are flexible and funny in their capacity to subtly mutate over time, altering our personal histories. In A Glittering Gem, Yee investigates the temporal nature of meaning-making, offering visual manipulations and subversive symbols as an attentive and playful construction of memory.

On view at Mirror Mirror, A Glittering Gem is Yee’s first digital exhibition. It’s comprised of two movement-based subpages: Ceramic BB  and Smart Object. Strangely, the allure of Yee’s show is in all that it refrains from telling us. During our afternoon conversation, she explains how the viewer doesn’t need to be given everything, but rather only parts. “It allows [the audience] to project onto these lucid spaces, and give room for figures to dance and move around.”

“Demons are both good and evil, human and not human,” she says. “They navigate the in-betweens, and a lot of my practice relies on existing within that state of the ‘in-between.'"

Yee studied Illustration at the Ontario College of Art and Design, however she finds ceramics to be the main influence on her work in fine art. “Ceramics are so tactile. Once you modify the clay, hold the vessels, and place them within a physical space, their symbolism emerges.” Growing up, Yee recalls the importance of oral tradition within her family; storytelling, like clay, becomes permeable to the elements of its environment. “When stories are retold,” she says, “the narratives evolve over time and everyone projects a little bit of themselves into the tale. With ceramics, as soon as I give a piece up to someone else, they have to ascribe it with a new name. The object is activating within a different space.”

A Glittering Gem is filled with the dancing figures Yee implies earlier, appearing as charmingly peculiar creatures, flora, and postures. Any real life resemblances are quickly subverted; a horse is almost a horse, except its thick legs occupy almost more space than its body. A flower resting next to an open palm reminds me of a giant futuristic monument, its four petals protruding outwards in an assertive stance. The works in A Glittering Gem are fluid; seemingly frozen in the process of formation, yet also entirely whole. Yee tells me of her life-long fascination with demons and how she always believed they were merely misunderstood. “Demons are both good and evil, human and not human,” she says. “They navigate the in-betweens, and a lot of my practice relies on existing within that state of the ‘in-between.’ As a biracial person of mixed identity, I’m continually combining two different cultural perspectives into one idea, and demons were always there to embody this experience through their shapeshifting.”

Transformations can be found everywhere in Yee’s work through visual parallels and repetitions that are never quite precise in their mirror image. She often illustrates loose forms and repeats shapes over and over again, creating idiosyncratic characters throughout her practice. “They’re like time-markers.” In the way stories are kaleidoscopic, cracking into different variations at different moments, Yee replicates the same shapes to carve out a period of time — and with it, an imprint of oneself. “And when you’re ready to move on, you prescribe yourself to a new character.”

We see her hands pressing down into a slab of clay, the GIF infinitely repeating; the slab of clay existing in a perpetual limbo of in-process

Scrolling down Ceramic BB, which is formatted as a series of dual images, you come upon a large vase next to four smaller figurines. The vase is busied with loose yet detailed line work: a body is juxtaposed by its differently shaped shadow; a green hand and black eye hover in a total collapse of any foreground or background. The four figurines outside of the vase linger in whitespace. They are dipped in green, as though touched by the similarly hued hand on the vase. Painted on two of the figurines’ distorted bodies are tiny vases, creating a self-referential relationship with the larger vase beside it. Other ceramics on the page suggest a visual inversion of sorts: an empty shape carved out, and then, the content of the shape itself. If you look for gaps, you will find them…but their counterparts exist too, just not in the ways you may think.

Smart Object introduces an extension of memory-play in the form of archives. Here, Yee breaks down the idea of a process into tangible stages which each carry their own ruminations. We see her hands pressing down into a slab of clay, the GIF infinitely repeating; the slab of clay existing in a perpetual limbo of in-process. Further down she swipes notches onto a shallow bowl, wiggles her fingers over an unglazed vase as though it were a wind instrument, and pets the same horse from Ceramic BB. “What objects can you hold that carry certain feelings for you?” Yee, who sometimes struggles with communicating her emotions, finds objects to be expressive and function as an extension of herself. She is inserted into this portion of the exhibition as her hands interact with the various stages of works she has built or continues to build.

Over the recent pandemic-ridden months, Yee has been making time for “secret notebook projects” — projects explicitly for herself instead of a gallery context or larger audience. She is also navigating new approaches to community programming, which is an equally significant portion of her practice alongside her art. With COVID-19 lingering as a longterm barrier for physical gatherings, Yee is interested in how the pandemic is shifting her schedule outside of the in-person realm.“A big part of art and community programming is coming together and collaborating,” she reflects. “It’s bringing people into studio spaces to show and discuss practices and create forms of alternative education.”

This Fall, Yee has been invited to do an artist residency for the Toronto Public Library where she will host workshops for intergenerational audiences to produce their own publications. Since the residency will likely be moving online, Yee is trying to incorporate pre-internet zine culture into her programming. This could include mixed media that can be shared through mail, such as packages of different booklets, and rethinking methods of outreach to establish an inclusionary dialogue while being mindful of the library’s mostly drop-in based audience.

With time feeling fragmented under the weight of our social environment splitting at its core, our obligation as artists, cultural workers, and citizens to be present in developing collective care is evident. The title of Yee’s exhibition, A Glittering Gem Is Not Enough, was assembled through an online sentence generator that shuffled random words together. “When you see a glittering gem on the ground, it doesn’t need to be important to anyone but the person holding it,” she explains. Stories, memories, and symbols are built through the interplay of reality and fantasy, constructing narratives that guide us towards deeper connections with one another. Yee’s ceramics encourage us to reconsider the capabilities of our imagination, and with it, perhaps, the type of revolutionary world we want to help create.