Slowing Down During Accelerated Times 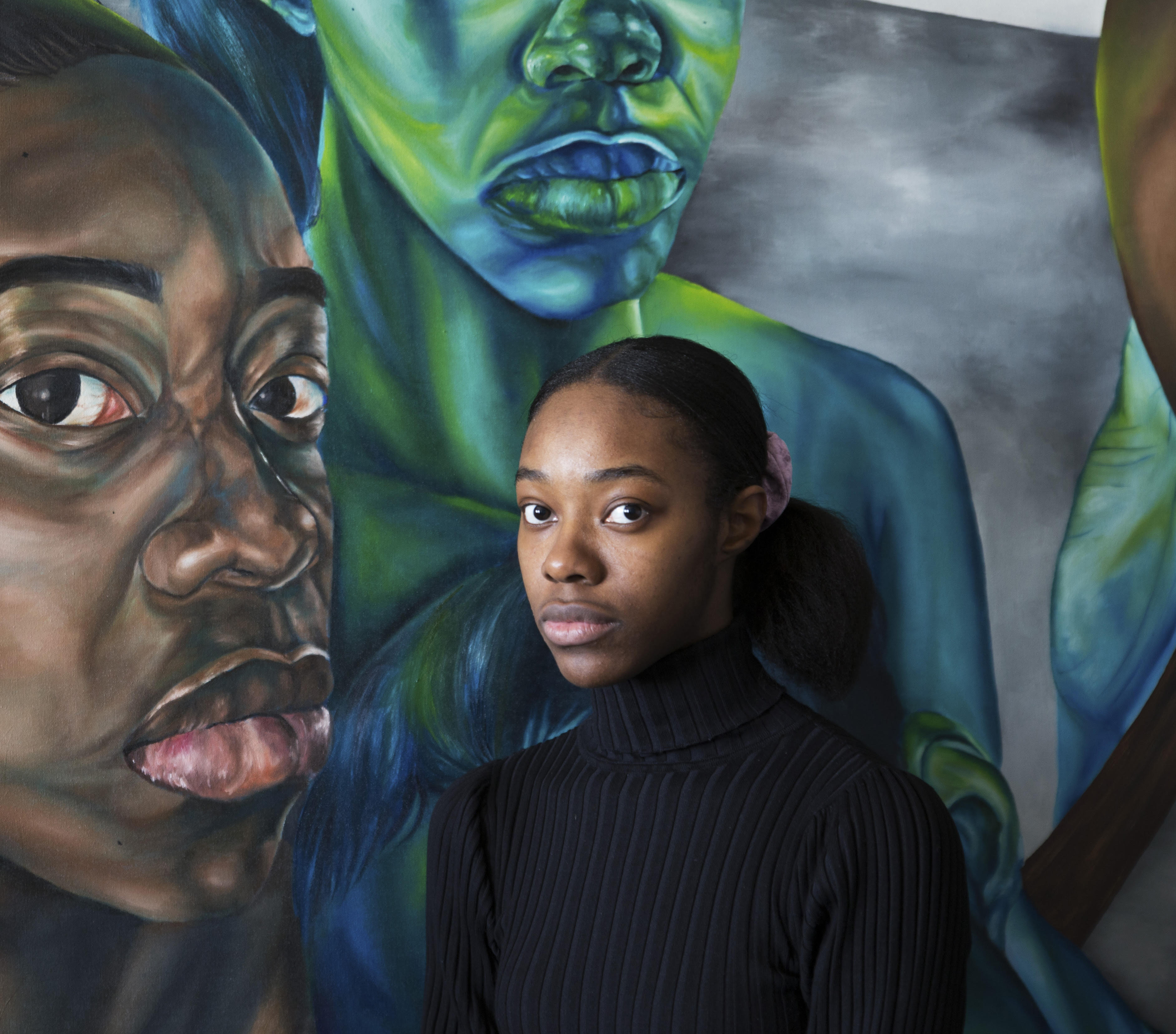 Trips and events were cancelled, stores closed indefinitely; the streets were empty and the world was silent. It was during these peak months of the COVID-19pandemic that social media had become louder than ever.

With suggestions on how to make the most of our new reality, our phones acted as a gateway to keeping ourselves busy. Whether it was picking up a new hobby order cluttering a closet, it was expected that we do something meaningful with this newfound bounty of free time. So much to do, but the one thing that stayed consistent was this expectation of reflection and this notion that no matter how we decided to spend the next few months, it should be a priority.

“When you’re in that moment,reflection can’t be realized in the sense that you’re taking in so much information and things keep happening every second, every single day.”

“I kept on seeing a lot of people on social media talking about how this was the time to reflect. For me, I felt like that was actually conflicting in the sense that a lot was going on and I was trying to force myself to reflect,” says Winnipeg-based artist Ekene Maduka.

“When a lot is going on, you’re not really able to decipher what’s really happening. When you’re in that moment, reflection can’t be realized in the sense that you’re taking in so much information and things keep happening every second, every single day,” says Maduka.

Born in Kano State in Nigeria, Maduka was introduced to art at a young age from her parents. Her father being an architect and mother, an interior designer, “It’s the little things that you’re exposed to that play into your interests and the things that you’re drawn to.” She remembers going out to the market with her mom helping her pick out fabrics. “That sort of exposure set me up to really have an interest in art and I already knew that that was something I wanted to do.”

Her work consists of lived and formulated events relating to notions of displacement, self-representation and reconstructing identity.

Maduk awaited for the day she could move to another country where art would become her main focus. Four years later, Maduka has finished her fine arts degree at the University of Manitoba. Other than having no formal graduation because of the pandemic, Maduka says that there haven’t been any drastic effects on her work due to the restrictions. “I think what actually makes it feel drastic is just knowing that something is going on. I’d be at home anyways, but I think knowing that I’m home for a specific reason changes the way I process things.”

Her latest show, a digital exhibition called What is a Dream consists of two self-portrait paintings and some written work that reflects on the first three months of quarantine and its progressive effects of “external influence, ample time, uncertainty, and navigation of internalized information.” With her work, Maduka aims to make it open-ended so that people with different experiences are able to enjoy and feel connected to the pieces in their own way.

“With the first piece, the expressions that I was trying to get across on my face were things that were very mundane. I probably made that face every other evening, which is why with that piece I wanted to be very true to the everyday as there are moments that you never think about and here, I’m just highlighting them.”

“I wanted to highlight those internal conflicts that happen within oneself, the decision making and how we often have these very conflicting things that we deal with.”

Different from her past work, Maduka created this show with less planning and no viewer in mind. “A lot of the work that I was making for the show was almost for myself.” With more freedom creating the show, Maduka was able to revisit old methods such as fashion illustration which she used to do on the side during her first years at university. Reflecting on her past work, Maduka brought back her interest in fashion including pieces from Marine Serre, ASAI, and KennethIze. “I do miss those days a lot and it was very nostalgic for me, so it was nice to be able to work on a project where I could bring back that feeling thatI would get from doing fashion,” she says.

In the second untitled self-portrait, Maduka creates a tangible form to represent the different thoughts that are constantly running through one’s mind. With random imagery, Maduka shows the amount of chaos in the portrait to display how our minds often take off without a destination. “I feel like so much more happened in that piece,” she laughs.

In one of the written pieces Maduka describes as “something between the lines of poetry and random thought,” she writes “My id is fighting my ego and my superego is the uninterested audience.” This pertains to the second painting that shows a battle between herself in the form of numerous figures. “I wanted to highlight those internal conflicts that happen within oneself, the decision making and how we often have these very conflicting things that we deal with.”

In preparation for this show, Maduka researched different excerpts, in particular one by Jacques Lacan where he discusses the mirror stage. Specifically, how an infant imitates a parent or caregiver they can relate to and tries to emulate that person. “I was thinking of it from an adult’s perspective but with respect to how things you internalize going through your life can become things you choose to retain or abandon. Sometimes, there are food cravings, habits we develop, and things we learn in our childhood that we crave or perform as adults without having explanations for them.”

In the piece that displays a battle with herself, Maduka included a Persian rug that she had back in her home in Kano State, a token from her past that she was able to retain. “Every time I have a dream which is very rare, it always happens in that house or in that state,” she says.

She mentions looking back at the past and thinking about things you have done after the fact. In those moments you might not have picked up certain aspects but stepping back or revisiting after the fact makes you see them differently. “I would think about this time very differently in the future, and it even speaks to the simple things like saying something in the moment and going home being like ‘oh shit, why did I say that’ or even reading an old interview of yourself and thinking I don’t think like that now.”

It’s difficult to slow down and reflect on a situation while it’s still happening however, despite being bombarded with constant information, Maduka was able to disconnect herself from worldly expectations and create meaningful and engaging pieces.