Styling the Future with Linh 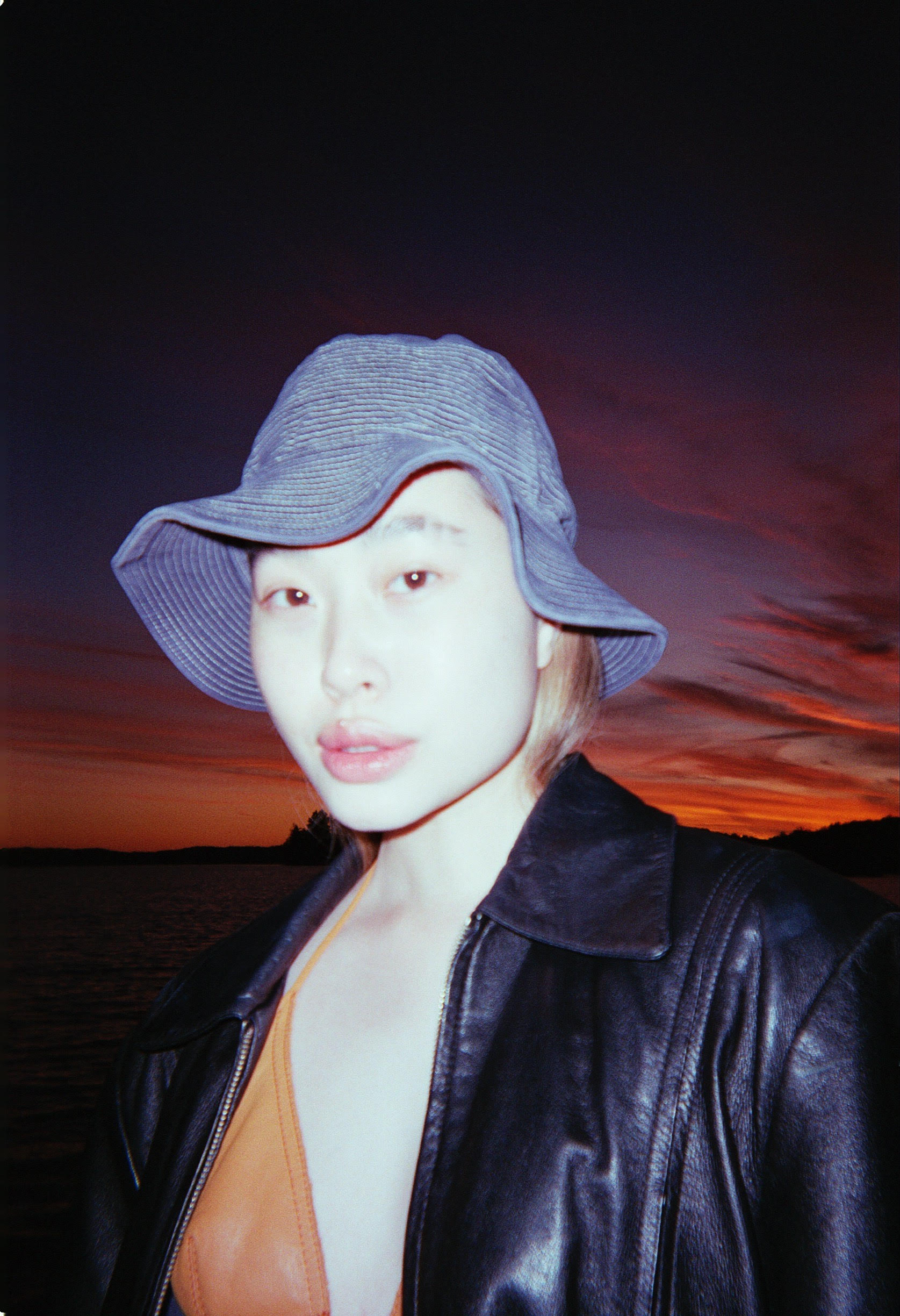 Everything is political. Though always true, this is especially obvious now. For instance, sitting on a patio enjoying a meal with friends isn’t just a nice way to pass some time anymore. It can be read as a symbol of economic growth, a welcome return to some normalcy. Equally so, it’s a frivolous act, potentially holding up progress worldwide. The patio itself is neutral, but these contexts infuse the neutral symbol with layers of meaning.

“It’s about protection but also about being open. I’m trying to balance being vulnerable and putting up a wall to feel strong.”

Likewise, a deceptive simplicity gives way to a number of references and implications in Linh Nguyen’s exhibition, Character Select, on view in the digital gallery here at Mirror Mirror. When Nguyen and I spoke, we had a delightful, rambling conversation, touching on the various themes present in her art and process: the thin line between waking life and the dream world, postmodern art and remixing, RPGs, fashion, digital art, X-Men, speculative fiction, the blurring between real life and the virtual, daily life in the pandemic, systemic racism, and how to find empowerment through imagination.

Nguyen uses online styling and 3D social avatar apps, like Polyvore and IMVU to create her characters. She dreamed of becoming a fashion designer when she was younger, but grew impatient with the process of always having to start from scratch with new materials each time. These apps allow her to remix and play with existing artifacts, making something new out of “found” digital objects.

A lover of X-Men and anime, Nguyen likens her creations to superheroes, “I think of them as badass characters like in a movie or fantasy. They’re people I aspire to be: strong and powerful.”

There’s a saying  every generation gets the hero it deserves. The heroes of the 20th century were “the golden age of comics and superheroes were born out of an American crisis - the late depression and the onset of WWII,” writes Art Speigelman, Pulitzer-prize winning comic, author of Maus and In The Shadow of the Towers. It was during this time of massive upheaval that Captain America was created, in 1940. He was a superhero dressed like an “American flag with giant biceps and abs of steel.” A direct response to the times, the first comic book cover featuring Captain America has him knocking out Adolf Hitler with a punch to the jaw.

Fantasy is a genre that reflects and refracts the real world. While other genres tend to analyze the past or the present, fantasy invites us to look towards the future to imagine liberties that transcend the limitations of today. Captain America was created before America stepped up to help the allies win WWII. Captain America predated the American dream, civil rights, the United Nations and the 20th century American hero myth. An imaginary avatar, Captain America was the world’s first American hero.

through play and interpretation, avatars offer an optimistic question: what can we create and dream of without political, social, or even physical restriction?

Superheroes and avatars are hosts of fantasy; vessels which welcome our hopes and dreams. “I often dream I have mutant powers that are helping me deal with an entity that works against me,” Nguyen told me. “I fight it but in the end, embrace it. I think though, that the entity is myself in real life and things I have to face about what I’m feeling — difficult things that maybe I’m not capable of feeling yet. When I wake up, I feel better. I suppose it’s like an epiphany.”

I point out that her characters appear to be badass while maintaining a softness. They have bare skin exposed between their protective gear, they appear ready to fight, and  they read as femme. “It’s about protection but also about being open. I’m trying to balance being vulnerable and putting up a wall to feel strong.”

Nguyen's explanation sounds like a course in anime mindfulness. When I ask her how the pandemic has affected her, she is resolutely nonchalant. To be fair, it’s a difficult question for any of us to answer today. We are  just beginning to unpack the implications of months of forced social isolation and the ensuing battle against a tiny but deadly force, invisible to the naked eye. Enter, perhaps, fantasy as a way to make sense and to empower..

Fantasy is the rejection of convention, normalcy and limitations. It’s about believing in a world that doesn’t exist yet. It’s timely and powerful — imagining change being possible at a moment when so much seems doomed. “You get to write yourself in,” Octavia Butler said of the genre in a 2000 interview. “I was attracted to science fiction because it was so wide open. I was able to do anything and there were no walls to hem you in and there was no human condition that you were stopped from examining.”

“The young Jewish creators of the first superheroes conjured up mythic — almost god-like — secular saviours to deal with the threatening economic dislocations that surrounded them in the great depression and gave shape to their premonitions of impending global war,” writes Speigelman. “Comics allowed readers to escape into fantasy by projecting themselves onto invulnerable heroes.”

Just like a patio, the avatar can seem neutral, simply a player in a fantasy world. But, through play and interpretation, avatars offer an optimistic question: what can we create and dream of without political, social, or even physical restriction?

“I want to experience the future now,” Nguyen tells me. “In order to create the future we want, we have to take action now. Look at the state of the world. We need to imagine ourselves into a utopia to figure that out now. I’m very idealistic when it comes to the future. We could be capable of so much.”